Waves of immigration have made this city great

The city of Toronto is renowned for its incredible diversity. The many cultures that exist here have shaped our city into the unique and lively place that we know today. Different waves of immigration throughout history have played a big role in creating the various Toronto neighbourhoods we know them today.

What’s more is that the history behind them is quite interesting.

The end of the 19th century saw a large number of Irish immigrants, most of who laboured in factories located in the Eastern part of the city.

The area took on names inspired by the settling immigrants and was dubbed Cabbagetown and Corktown. Corktown’ is said to be derived from immigrants who settled the area, most of whom hailed from County Cork. The name Cabbagetown’ came about because at the end of the 19th century workers were said to be so poor that they grew cabbage in their front yards.

Cabbagetown was gentrified in the 1970’s thereby restoring the areas Victorian houses. As a result, today Cabbagetown is the largest continuous area of preserved Victorian housing in North America.

Along with an influx of Irish immigrants at the end of the 19th century, Toronto had a high rate of Jewish immigrants as well. The prominent area for Jewish immigrants to settle during this period was known then as The Ward’ – bound by College Street, Queen Street, Yonge Street, and University Avenue and was centred on the intersection of Bay Street and Albert Street.

The Ward (Courtesy of Toronto Archives)

Today what once was The Ward’ is now known as the Discovery District as it has been consumed by the central business district.

During the early 20th century there was a spike in Chinese immigration. This saw the creation of First China town’ which was centered near present-day Elizabeth and Hagerman Street. However, in the 1950’s the area was largely bought out or expropriated for construction of Nathan Phillips square. 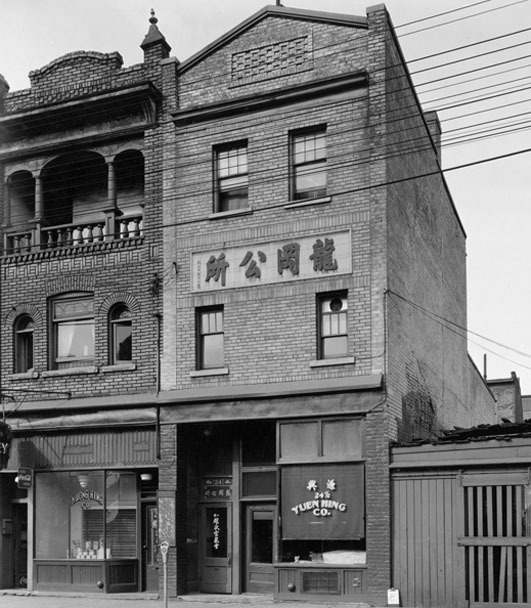 This led to the development of Old China town’. Many Chinese businesses migrated West to Spadina/ Dundas (formerly a Jewish district). Today most of the once-famed restaurants on Dundas Street West, especially the barbecue shops located below grade, have closed. Now many University of Toronto, OCAD and Ryerson students live in the small houses once built as workers’ housing.